It’s a scene that’s often been depicted on screen and in books.

A baby is abandoned in a basket or box accompanied by note asking for someone to adopt the poor little child.

In April 1894 a story appeared in newspapers across the country reporting a similar incident at a train station near Oswestry.

It describes how a baby is discovered in a box at a train station between Shrewsbury and Chester. The stationmaster refuses to adopt the ‘foundling’ and hands it to his signalman who takes it home. On lifting the baby out and examining the box he finds £200! Apparently he’s then asked to surrender the baby and presumably the money but declines. 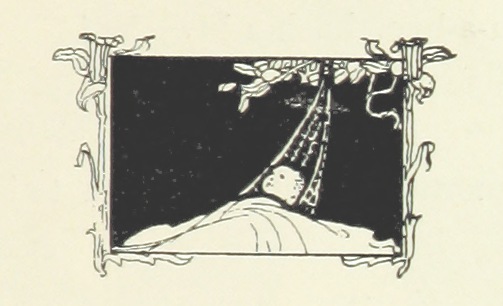 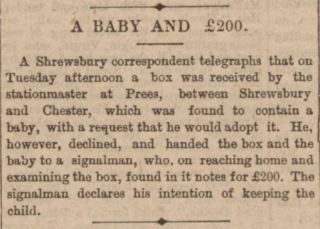 Incredible story and you can see why it made headlines across the country.

But when I looked into it further, to try and trace the descendants of those involved or see what the local papers had to say on the matter I couldn’t find anything.

After further searching it was the South Wales Echo that would shed a revealing light onto the story. In the first instance it draws the reader in with a bold two-line headline and then colourfully describes the story in more detail before citing the Daily Graphic as the source.

So it appears the story was all a hoax, an early example of fake news – if the South Wales Echo is to be believed. The original intention no doubt to give the readers a cracking story and keep them coming back for more! It also shows how these stories were picked up by other publications, and without checking, were published again and again, verbatim in most instances – spreading a good story, but a lie nonetheless.