1918: Insanity and Botulism Lead to Mother’s Death at the Old Lion Tap.

A 30 year old woman throws herself from the upstairs window of the Old Lion and Tap in Shrewsbury onto the pavement below. The sad and ‘strange’ circumstances behind it are revealed at the inquest.

Nesta Gregory was the wife of landlord Edward John Gregory and they had two children. For some time they had been staying in separate beds but in the same room, with the smallest child, a little boy aged 3, in a cot. They went to bed on Friday night 12th July 1918. But in at around 2am John was woken by the sound of the little boy coughing. He went to the cot and found his wife with a black silk scarf pulled around the boys neck tightly, but she was cuddling him lovingly. He took the child away, and for the rest of the night he sat and watched her, as she lay in bed, for the rest of night. But at some point he drifted off. At 6am he heard the  clock strike, and a minute or two later heard a thud.  Looking up, he saw his Nesta’s bed was empty. He sprung up, saw a window open at the end of a passage and went to look through it. He saw his wife lying on the ground outside, 20 feet below, with her head in the gutter and bleeding. He carried her in and immediately fetched the Dr Matthews, but she couldn’t be saved. 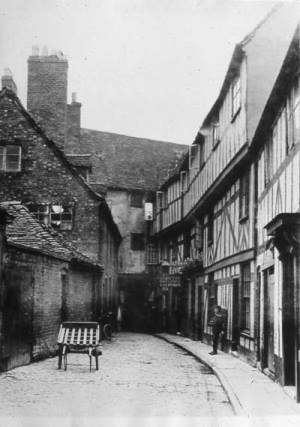 At the inquest the following Monday, he told the Coroner and jury that Nesta had previously threatened to “destroy herself”.

Edward: Shortly after our last baby was born.

He also said that he had “heard that her father, who had lived in Ellesmere, was mentally affected.”

The corner then asked Edward if he was in the habit of knocking his wife about in reference to a black eye she had.

Edward: No, sir,  never. It all happened in the two minutes that I dozed off, with my arm around my little boy.

A Doctor Godson then gave evidence which shed crucial light on the medical condition of Nesta Gregory in the weeks leading up to the tragedy.

He told the inquest that he had first come into contact with Nesta at the beginning of May when she was unwell. At first he thought she was suffering from Influenza and recommended that she need better car in a nursing home. She was taken to Nurse Clay’s.

After observing her for nearly two weeks her diagnosis was changed to that of a “new” disease – botulism.

They continued to watch her and on the 4th June Nurse Clay reported that Mrs Gregory had got out of bed and taken a whole bottle of medicine, and then later that same day she had tied her own hair around her neck until she was “blue in the face”.

Mr Gregory visited the next day and after hearing the news told the Dr Gregory and Nurse Clay that he was taking her home.

Dr Godson told Edward not to do this, saying that he knew much more about her medical condition. But Edward ignored the advice. In response Dr Godson said he would no longer treat Nesta and that he should find another doctor. But before they left, he told Edward that his must must never be left alone.

The Coroner: In your opinion, if she had been properly looked after she would not have come to her death ?

Dr Godson: No, I think she would have recovered.

The Coroner: That she would have recovered if properly looked after?

Gosdon added that Mrs Gregory was very ill when she was in the nursing home, but she was improving and he put her mental illness down to botulism.

In summing up his medical evidence the doctor stated that Nesta Gregory had died from a fracture at the base of her skull and the black eye came as a result of the fall.

The jury returned a verdict of suicide during temporary insanity, and expressed the opinion that there was nothing against the husband, who appeared to have done all he could after she came home from the Nursing Home. 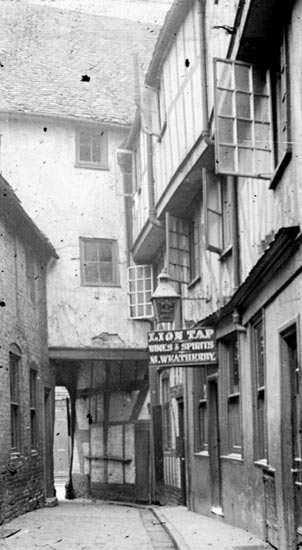